Greetings! I wanted to share a little progress update on the BiblioCraft update. I finished my semester of college and I am off until the end of August, so I finally have some time I can invest into BiblioCraft.

I’ve already made significant progress on rewriting large portions of the mod and have ported over a a number of things that I don’t think need to be rewritten. I have all the items in game and most of the them are working. The Atlas still has lots of issues to work out, but hopefully none of those issues will be too difficult. I still have to get the different 3d items rendering properly. I’ve got the compass partly working, but I am still getting a grasp on working with rendering.

I have the bookcase and the shelf in game and fully functional as well. I am getting ready to start adding blocks back in soon. I’ve rewritten about 2/3 of the back-end stuff for the blocks and next I plan to start rewriting the primary block classes. Rewriting all this stuff is taking a good bit of time, but it will make updating and adding new blocks in the future much easier from my end and it significantly cleans up my code base.

There is still lots of stuff to do but I seem to be progressing at a good rate I think. I’ll plan to tweet out some screenshots as I make progress too and have more things I can show. If I run into some bigger issues on the more complicated blocks, I am considering the idea of maybe releasing a BiblioCraft lite version with some of the basic blocks that I get working. We’ll have to wait and see what the future holds on that one. I am pretty anxious myself to have a playable 1.8.x version of BiblioCraft. I still haven’t even really played Minecraft 1.8.x or 1.9.x. I am still playing on Minecraft 1.7.10.

After I finish updating to 1.8.9 then I plan to take a look at updating to 1.9.x. I don’t really have any idea how big of an update that will be, but I don’t expect it to be anything like the update to 1.8.x.  I likely won’t add any new features until I get BiblioCraft up to to Minecraft 1.9.x and get all the features we had in the 1.7.10 version working again.

Hopefully that helps give you an idea of where I am at with the update and all that. I’ll leave you with a screenshot I took inside Minecraft 1.8.9 with most of what I have working shown. Enjoy! 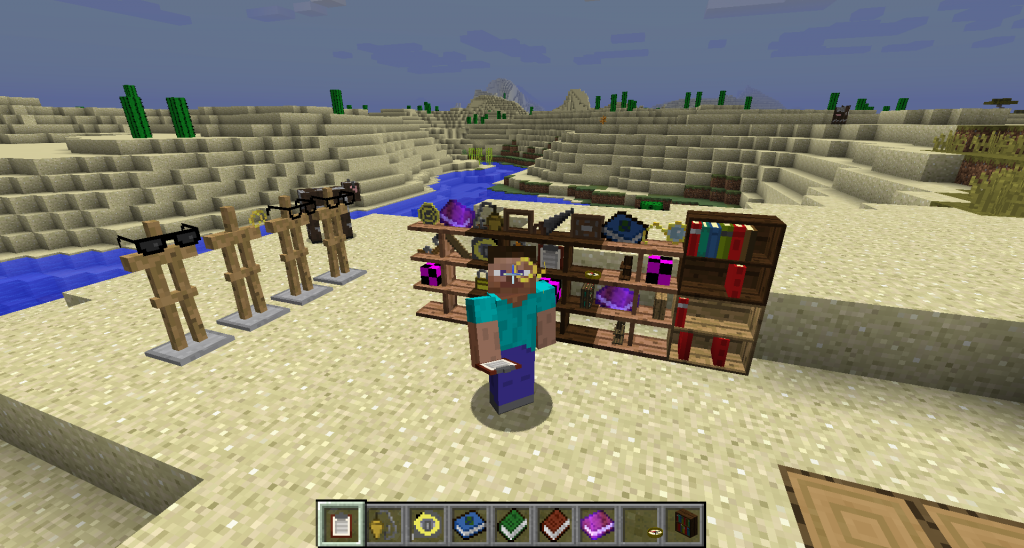 This topic contains 108 replies, has 61 voices, and was last updated by

You must be logged in to reply to this topic.